To date there are over 28 publications with over 1800 patients reported who have received cell therapy to the knee joint, with longest being for 12 years.

Those publications which looked at efficacy of treatment all reported improvement in symptoms and/or cartilage regeneration (see below). Adipose tissue and SVF are now the preferred option for many Doctors.

A paper presented by Dr Michalek at the 2013 International Federation for Adipose Therapeutics and Science meeting in New York revealed successful results of cell therapy for patients suffering from osteoarthritis, and demonstrated:

Since 2011, a total of 275 patients had been recruited and  were followed for up to 24 months to demonstrate the therapeutic potential of freshly isolated SVF cells. At the same time, one to four joints (knees and hips) were injected with SVF cells per patient. A total number of 433 joints were treated.

Semi-quantitative clinical scale evaluation and non-steroid analgesics dependence was used as measurement of the clinical effect. Prior to testing, all patients were diagnosed with stage II-IV osteoarthritis using X-ray and ultrasound, in some cases MRI was also performed to monitor the changes before and after stem cell therapy.

To discover more about Cell-Innovations and the ultrasonic cavitation package we can provide your clinic, please contact us. 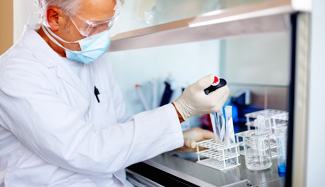